I love Peruvian food! Love, love, love! I first came to Puerto Inka in Laureles for the lomo saltado, a beef dish made with onions, green peppers and cilantro. Many years ago I dated a young lady from Peru. Her mom introduced me to the dish and it was exquisite. Later I had her teach me how to make lomo saltado. I honestly think now I make it at least as good as my teacher. So when it comes to lomo I’m a tough judge.

Puerto Inka’s lomo saltado is solid. But I didn’t make this visit to Puerto Inka alone. I brought as my guest the woman who rents me my apartment. It was my way of saying thank you for being a great host.

She ordered the pescado nazca (Sea bass in a cream sauce with mushrooms and shrimp.) The minute my eyes saw her plate I was envious and knew I needed to return to order my own.

Two days later I was back. What a dish!!! The cream sauce was amazing, spicy but not overwhelming. The second it hit my tongue I was patting myself on the back for making the return engagement. The sauce was a tad heavy but hey, that’s why I have a gym membership.

Last but DEFINITELY not least, I would be remiss in my duties as a man who enjoys his libations not to mention Puerto Inka’s Pisco Sours. They are insanely – hold on – let me say it again, INSANELY drinkable! I’ve been to Puerto Inka four times in two weeks.

On my first visit I had 3 Pisco Sours, my second trip 3 again, the third time through their doors 4 and on my last visit 5. Thank goodness I’m leaving in a week, for I fear even at the bidding of Supreme Leader Snoke and with the force as my ally I would be unable to resist returning and further upping my intake. 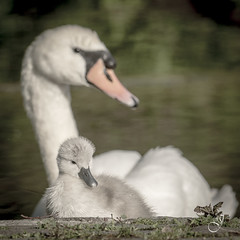