Magic City Radar: “Thank you” to the Comedy Club Stardome

Although we have entered into a new year, Magic City Radar would like to extend special thanks to TheComedy Club Stardome for giving us the privilege of covering the bevy of comedic offerings that it made available to the city this past year.

From 1975 to 1978 entertainment impresario Bruce Ayers cut his teeth as a Bartender and Doorman along famed Birmingham entertainment row Morris Avenue, eventually becoming General Manager of the then wildly popular night club Singles. 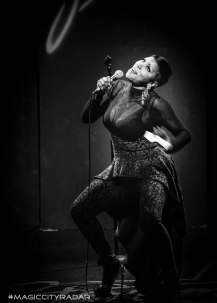 He opened TheComedy Club on Highway 31 in 1983 with a seating capacity of 200, bringing then unknowns such as Tim Allen and Sinbad to the city in an introduction to standup comedy. In 1985 he opened a new Comedy Club in a 300 seat venue along Greensprings Highway, and when fire destroyed the building during the blizzard of 1993 he moved to the current location at 1818 Data Drive, Hoover, Alabama, complete with 420 seat capacity, banquet facilities, VIP Sky

Today the Stardome is open six nights per week with a full service restaurant and bar offering raucous, cutting edge entertainment to all in attendance.

Specifically, we thank Bruce for inviting and presenting comedic masterminds the likes of Bruce Bruce, Sommore, Guy Torrey, Lavell Crawford, Etta May, and the ever evolving, side splitting Mike Epps 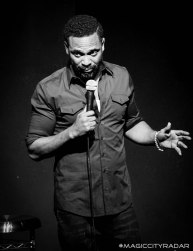 of Ice Cube’s Friday fame among others (he’s set to play comedy and silver screen legend Richard Pryor in a biopic). In addition, comedic bard Earthquake performed to begin a hilarious 2016, bringing his rather gruff, poignant, and blunt brand of fun to the city. What a happy new year!

Magic City Radar is pleased to have alerted you to the presence of these performances, reports on the joy they brought including stellar portraits, and dates of upcoming performances. For information on The Comedy Club Stardome and upcoming events visit www.stardome.com.