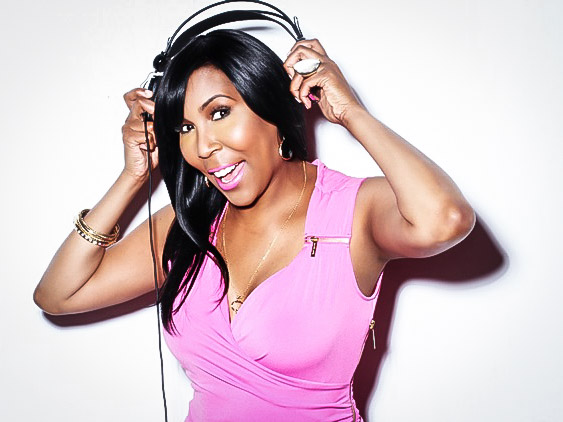 She graduated from the Homewood City Schools and then Tuskegee University

where she was crowned “Miss Tuskegee”, eventually earning the crown of “Miss Gulf Coast”. In 2007 she joined the cast of the Rickey Smiley Morning Show where her personality and work garnered the distinction of being regarded as one of Radio Facts Top 30 Women in Media alongside Oprah, Wendy Williams, and Soledad O’Brien.

She recently gave MCR the privilege of speaking to her about her excitement and hope for the new opportunity.

MCR: Good afternoon! How are you?

ES: “I’m good. Thank you for asking. I’m glad we can finally talk” (her busy schedule prevented us from speaking on our scheduled date).

MCR: Thank you for getting back to me. Congratulations on the new radio show with Rudy Rush! Is what you envisioned for yourself when you left the Rickey Smiley Morning Show?

ES: “What I envisioned was finding God’s plan for what was next. I really wanted to find what He had in store for me. I prayed, looked for opportunities, and examined the offers that were extended me, and yes, I feel like this is absolutely the place that I’m supposed to be”.

ES: “Rudy was brought in first, which makes sense because of his affiliation with Doug, and they adopted my name after I was added to the show. The actual name of the new show, however, is Afternoon Rush with Rudy, Ebony, & Loni”.

MCR: Okay! In a few places the internet lists it as I referred to it. I’m glad you’ve cleared that up (laughing). Who is Loni?

ES: “Loni is Loni Swain, a fantastic radio personality tapped to join us in this venture. She’s great.

As for fans saying that they feel Headcrack and I carried that show, while I’m grateful they acknowledge my talent and effort, we all worked to make that show a success and we all had fans and detractors”.

MCR: What has you excited about the new show? What do you anticipate will be its identity and strengths?

ES: “It will be afternoon drive time rather than morning (laughing)! Morning drive has its advantages and was certainly good to me, but listeners of afternoon radio tend to be more alert, better engaged in discussion, and more reflective, naturally, because they’re more awake. I think that will facilitate more mature, alive, and adult conversations with listeners.

And my and Loni’s female perspective will be a proper and refreshing alternative to Rudy’s male take on issues. I look forward to what I think is a very lively marriage of personalities”

MCR: Have your goals changed since you began in radio? What are its pros and cons and where do you see yourself headed in the business?

ES: “People ask me who my role model is, and that’s a reasonable question in any 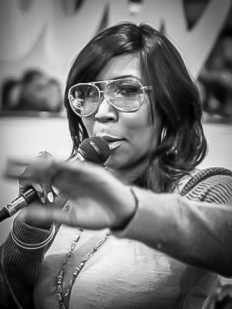 business. But what matters to me is to bring glory to God in all that I do, including my radio work. There have been ups and downs. Rickey and I fell out but he later apologized and our friendship and association have been restored (no specifics have been given, but Steele walked away from her role on the Rickey Smiley Morning Show in 2014 after seven years).

Life goes on, and I intend to be a radio host who glorifies God in the work that I do”.

MCR: And you’re in Atlanta now? I’d heard that you were in Dallas?

ES: “I’m in Atlanta now. I was in Dallas earlier in the week and now I’m back here. I go back and forth in my work for now, which could enable me to serve in the capacity of Steve Harvey or Tom Joyner. That would be great. It’s great having opportunity in two places, providing quality products and services to citizens in both, and I enjoy the travel.

Likewise, I host a show called Coffee with America with Sasha Rhonda. It’s a lifestyle entertainment (available in 180 markets). I look forward its growth and continued success”.

MCR: That is exciting. Fans can reach you where?

ES: “On all social media, but specifically on Instagram at realebonysteele, Twitter at EbonySteele, and at ebonysteele.com”.

MCR: Thanks Ms. Steele for this close-up and we promise to bring up to date reports on all the happenings associated with Afternoon Rush with Rudy, Ebony, & Loni. Stay tuned to MCR for all trending entertainment and culture news.