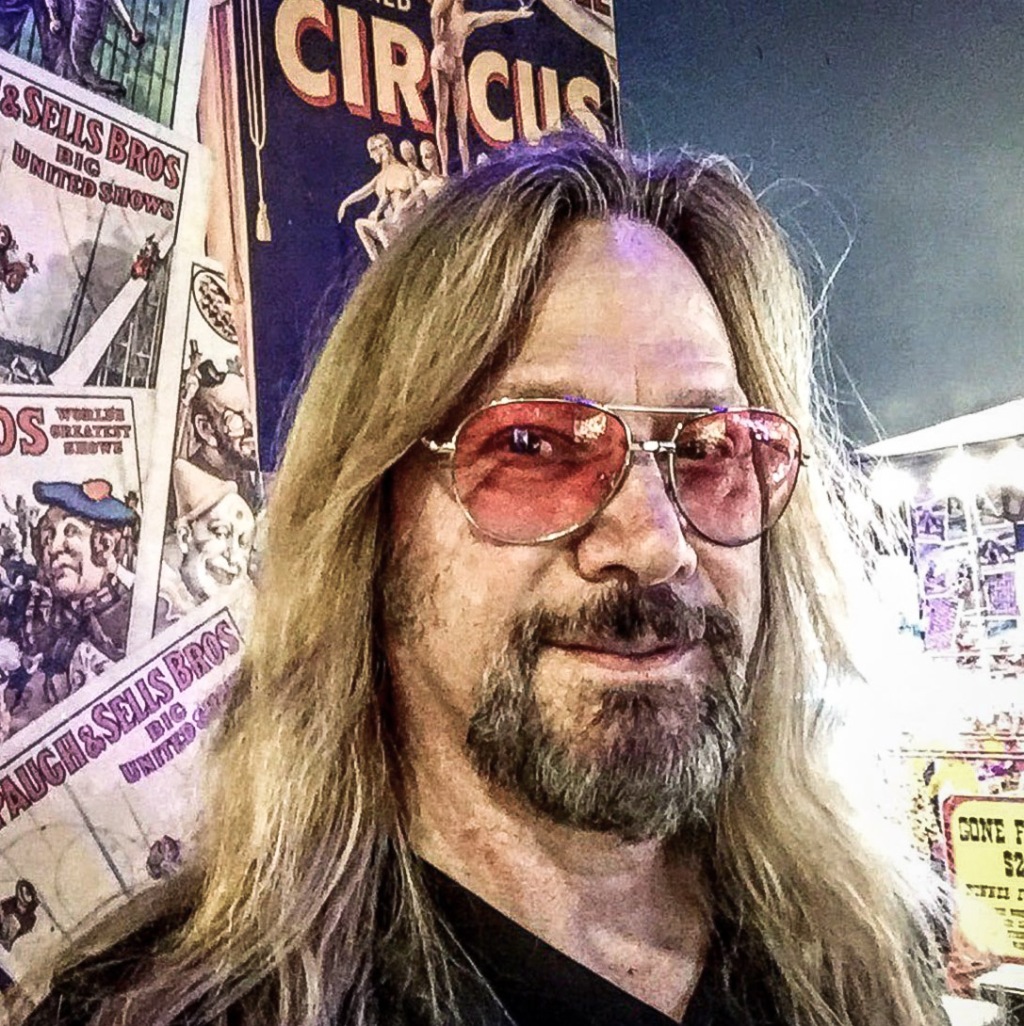 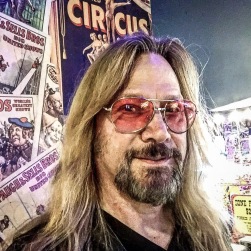 Comedian Steve “Mudflap” McGrew will perform at the Comedy Club StarDome April 6-10 in shows overflowing with irony and funny. Famous for his rapid fire delivery of one-liners, storytelling, and character work, he blew me away with his YouTube post of his stand-up routine The trouble with………..EVERYTHING. In it he frames irony in day to day situations including raising independent sons, the myth of flight being safer than driving, problems with gun control, a hot topic in current culture, and an even more aggressive current trend, tattoos. 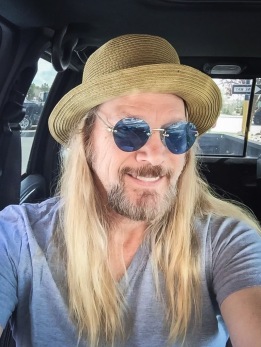 haircut and style, this mature yet wild comedian has been featured on Comedy Central in his own half-hour comedy special, can be heard on Comedy 24/7 and Sirius XM radio, and is regular at Brad Garrett’s Comedy Club, The Laugh Factory, and Sin City Comedy Club in Las Vegas. He is also the host of the wildly popular podcasts REMASCULATE (a digital audio file made available on the Internet for downloading to a computer or portable media player, typically available as a series, new installments of which can be received by subscribers automatically) and WRINKLED SHEETS, the formers motto being, “it’s everything manly. It’s reclaiming our manhood in the new millennium. Man up”! His “crossover” comedy style appeals to people of all ages, groups, walks of life, and ethnic backgrounds.

In addition, he opens concerts for rock and country artists, has won awards for morning DJing, and holds 3 CMA’s (Country Music Awards) for his recordings.

It is our opinion that the city of Birmingham has a real treat in store with the appearance of this truly funny and entertaining comedian. For show times and other details see www.stardome.com or call 205-444-0008. Like them on Facebook, and on Twitter at Twitter.com/stardome. 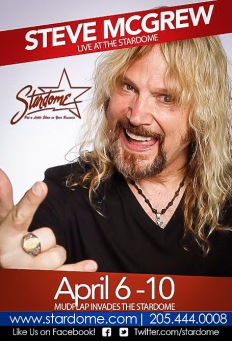