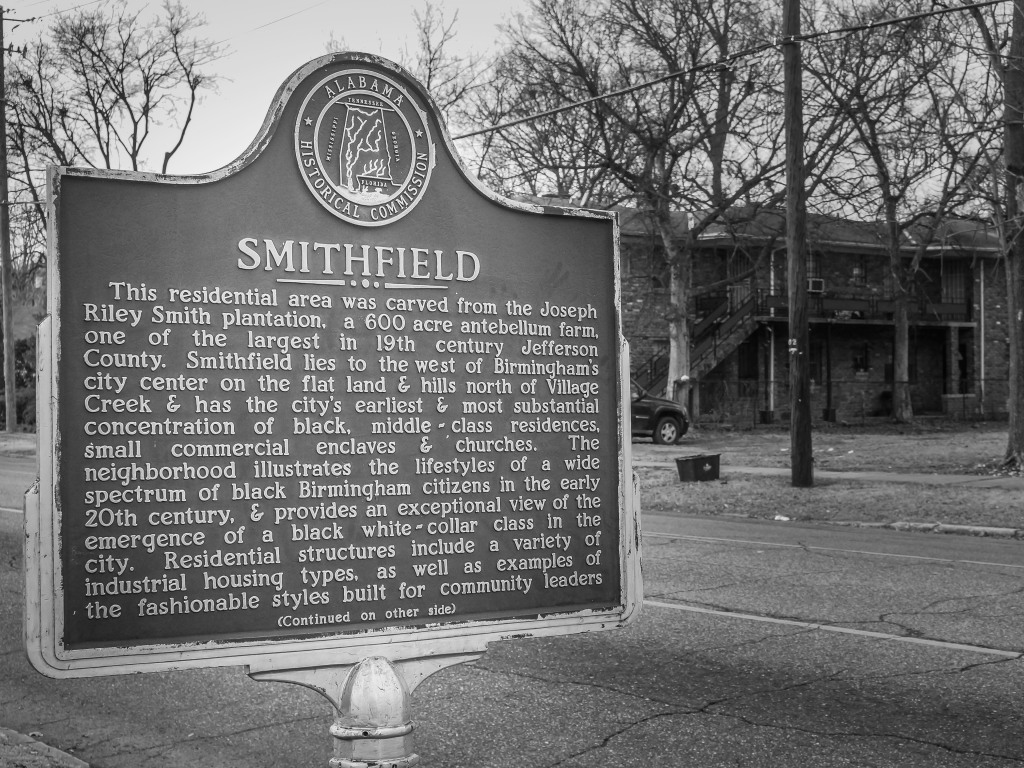 SMITHFIELD, ALABAMA was once recognized as a historical white collar black neighborhood located in the inner-city area of Birmingham, Alabama. The community was well-known for its rich black heritage and key black leaders during the civil rights movement.

Today, the community is burden by high crime, abandoned homes, and economically struggling citizens. Smithfield is one of Birmingham’s many formerly premier, prominent, and flourishing black neighborhoods that have drastically diminished over the years. The cause for the failures of Birmingham’s inner-city black communities can be largely contributed to the massive departure of financially stable, educated blacks to suburban areas.

BLACK FLIGHT is a term used to express the departure of African Americans from largely black or mixed inner-city areas in the United States to suburban areas of new home construction.