On the eve of the annual celebration of the life and accomplishments of civil rights figurehead Martin Luther King, Jr., highlighted by his transcendent 1963 “I Have a Dream” speech, in particular, African Americans have much to celebrate in terms of our advances in education and overall wealth. At that time, King lamented that in the roughly one hundred years since the Emancipation Proclamation was passed into action, blacks were as oppressed and limited by segregation as those the bill initially freed, noting that, “one hundred years later the Negro lives on the lonely island of poverty in the midst of a vast ocean of material prosperity”.  By 2013, fifty years after his address, the income gap between blacks and whites was roughly the same.

In spite of this, research published in a Washington Post article entitled, “Fifty years after March on Washington, the economic gap between blacks, whites persists” shows that the black middle class, defined by those households who earn one hundred thousand dollars per year or more had grown five fold. At the same time blacks who graduated high school tripled, those with college degrees grew by a factor of ten, and the overall buying power of blacks reached nearly one trillion dollars. Indeed, by 2013 many blacks had managed to amass enough wealth to craft vessels to sail to and develop their own islands of prosperity.

In 2019, despite advances in education and wealth of some African American’s, most blacks still live in and face a future rooted in systemic drug abuse, rampant violence, and spiritual apathy. Malcolm’s dream is still largely unfulfilled. On this eve of the holiday in his honor, the challenge for all of us, but especially black people is to understand the deficit that we remain in, which will provide the knowledge base necessary to live the dream. Having said that, here are three things we need to consider in order to help fulfill the dream going forward:

Prominent among the problems facing the black community is drug use, particularly among millennials, a trend which is glamorized in SoundCloud rap music. The application itself is a phenomenal tool that allows users to upload, promote, and share audio on PCs and mobile devices. A stark departure from mainstream rap, SoundCloud rap is marked by low-fi, melody-driven, gritty, darker tracks that lack the production characteristic of major recording companies. The genre has produced some of today’s biggest rap stars, including Chance the Rapper, Smokepurp, Lil Pump, and Ski Mask the Slump God, whose songs have received hundreds of millions of streams and who are pursued by major recording labels offering contracts worth tens of millions of dollars.

Unfortunately, the genre is also identified by its artist’s prolific drug use and violent behavior. Florida rapper XXXTentacion, the fourth most-streamed artist in the world in 2018, was shot to death in June of that year while sitting in his car outside a motorcycle shop. At the time he was awaiting trial for a domestic abuse case. Industry juggernaut Takashi69, whose 2018 album included appearances by industry superstars Nicki Minaj and Kanye West was, “Frequently accused of assault and on probation for a sexual abuse case relating to a 13- year old”, according to The Guardian reporter Alexis Petridis. On December 18, 2019, facing a maximum of 47 years on racketeering and firearms charges related to his involvement with the Nine Trey Bloods gang, he was given two years by a federal judge in exchange for testimony that led to the prosecution of two other gang members. And rising Chicago superstar Juice Wrld, whose hit “Lucid Dreams” reached No. 2 on the 2018 Billboard Hot 100 died six days after his 21st birthday, after suffering a seizure in Chicago’s Midway International Airport. It is suspected that he swallowed several Percocet pills prior to landing in an attempt to hide them from federal agents.  As wildly successful as these and other artists like them are, in terms of fulfillment of Dr. King’s dream, their successes fall short because of their legal woes and untimely deaths.

The question begs, “Why are SoundCloud rappers characteristically in trouble”? Among other swirling observations Petridis deduces that “Perhaps SoundCloud rap simply offers a voice to marginalized, disaffected American youth and that’s it’s easy for marginalized, disaffected American youth to slip into criminality and violence”. Our challenge this MLK holiday is helping these artists whose music we love to get the help they need to deal with their demons so that they don’t slip into criminality and violence, and so that those demons, which fuel the remarkable music fans laud them for, don’t devour them before they fulfill their dreams.

The entire nation understands that there are forces at work in this otherwise magnificent city which contributes to its past and recent legacy of violence and murder. The actual nature of those forces is at question depending on whom you ask. Most of the nation assumes it’s just a war between gangs, over drugs and money and turf, but a more accurate look at the problem is necessary in order to escape and eradicate the slums that Dr. King hoped would be eradicated so many years ago.

In the early 1990s Chicago’s murder rate was about equal to that of Los Angeles and New York. Then all three cities experienced a welcomed decline in homicide, until the exaggerated uptick in violence and murders in the last half-decade. Between 2015 and 2016 there were 1449 homicides in the city, after which time the numbers fell off, but the rate there still dwarfs that of the nation’s two largest cities because it is concentrated in the city’s poorest communities. This is same explanation for the highest homicide numbers in every city in America. A 2017 study conducted by the University of Chicago Crime Lab and published in a Chicago Tribune piece entitled, “Why is there so much shooting and killing in Chicago”? , examines how much gun violence affects people in the city’s five poorest neighborhoods, including the notorious Austin and Englewood communities. The study shows that nine percent of the overall population is responsible for roughly half of the increase in homicides in 2016. Specifically, African American men ages 15-34 comprised half of all homicide victims while making up a mere 4 percent of Chicago’s overall population.

Jens Ludwig, director of the Crime Lab, says social conditions are at the root of the problem, stating that:

We are not just the most segregated city in America, but the level of concentrated

poverty we have in our neighborhoods are unlike anything in Los Angeles or New York.

You will not find an Englewood or Garfield Park anywhere in Los Angeles or New York.

Gang life is substituted for hope in the poorest Chicago neighborhoods. When you take into account the fact that Chicago politicians do nothing to remedy these conditions, it becomes obvious that African Americans will have to put hope (dreams) to work in order to change the fate of Chicago and the rest of the nation’s poorest communities, which are comprised primarily of black people.

Historically, the black church stands as a lightning rod for whatever morality exists in the black community, igniting necessary protests, serving as a shelter when we the continual targets of bigoted, dangerous whites, and generally making us feel better about a world where we punished for not being white. Today, however, in an era when we are better educated and more gainfully employed than in the past, and we hold even a modicum of political power, the black church as failed to adequately address the problem of violence in the black community.

The best example relates to the aforementioned dilemma in Chicago, where Father Mike Pfleger says that religious community, specifically the Christian, Muslim, and Catholic faiths have dropped the ball by not taking a stand in the fight against gun violence. In an NPR interview conducted by Michele Martin He observes that the biggest code of silence has been from the church, having failed to be the voice of society, failed to aid throwaways, and failed to demand that “corporate America and government step up and stop ignoring and abandoning whole communities and whole groups of people who are poor”. In an era when black churches now manage seven-figure budgets (Creflo Dollar, Bishop T. D. Jakes, and the late Eddie Long to name a few), the power and influence exists to do more than shout tenets. The power exists to show our community the way to live our dreams via traditional and trade education, land and business ownership, asset management and whatever else the church can teach its members and community.

The aforementioned considerations are just few of the many that will help turn the tide of violence and dysfunction that still describe our community over fifty years after the speech. The nation and the black community has to consider that there is a cost to living the dream that Martin King wished for us, and further consider how we can go about creating a plan to make black America better. A better black America will only make all of American the best that it can be, making Martin’s dream a foreseeable, tangible reality.

Gap between blacks, whites persists. The Washington Post. Retrieved from:

The Editorial Board. (2018, August 7). Why is there so much shooting and killing in Chicago?

The Chicago Tribune. Retrieved from: https://www.thechicagotribune.com/ 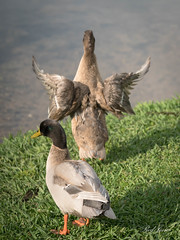