Tell us a little bit about yourself (Where are from, how long have you been doing comedy, and who inspire your career?  I was born in Opelika, AL, raised in Birmingham and spent holidays and summers in Tuscaloosa with mom’s side of the family.  I’ve been doing comedy professionally since 2005 and I’m inspired by life and all forms of comedy in general.

When did you know that comedy was something you wanted to do? I was voted class clown at every grade level, but I never really considered myself “funny.” But I realized that folks see something naturally in me that I should probably take more serious.

Where did you get the concept to do the “SEC/ Bama” videos from? I started doing the videos in 2014 after Alabama lost to Ole Miss, then again after losing to Ohio State in the same season. They were therapeutic to me and apparently to other Bama fans, and even those who are “anti-Bama” appreciated the spirit of them.
There were ppl from Tennessee, Florida, Georgia and many other states who commented how funny it was to see what they viewed as the “not your stereotypical Bama Fan” behaving after losses.

I did another video after the 2015 loss to Ole Miss and just decided to make it a weekly thing, not just after losses.

Tell us about your experience as a Stand- Up Comedian? My first show in stand-up comedy was August 25, 2005 at UAB. My fraternity brother was the dj and I had been writing jokes for a few months so, I kind of leaned on him to get me added to the show. It went great, felt natural and I knew it was something I wanted to stick with.  I travelled with my comedy mentor for several years before getting into the competition scene around 2010, and won first place in every one.

Tell us about the best comedy gig you ever performance? There has been alot of great shows over the years, but one that sticks out is opening for Steve Harvey in October 2010. I had to compete with 32 comics to get that spot and he watched my entire show and gave me some great advice afterwards.

What can your fans expect from you in the future? I never use the word “fans” just “supporters” because that is really how I feel lol.
I have no desire to be a celebrity, but I understand my platform and the more people I’m able to reach, they can expect positivity, love and awareness through laughter! 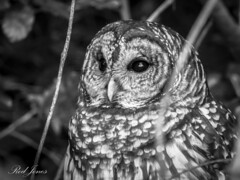