It’s great to see that the Magic City has regained its entertainment momentum in time for the Spring. Things were moving relatively slow during the winter months. We got an occasional spark of an event from time to time during the winter, but there was nothing really consistent and event packed. That is until this past weekend, which was filled with sports, food, and other entertainment events.

Fortunately for MCR, we were able to make it to quite a few of the events.

The week began with the start of the Alabama High School Basketball State Tournament, which is always a big to do in Birmingham. There are usually as many as fifty thousand people in attendance during the course of the week long tournament, and this year was no different as burgeoning high school basketball powers Huffman and Homewood high school’s boys and girls teams squared off against each other in the semifinals. Homewood’s girls, the defending class 6A champion, beat Huffman’s girls to advance to the final where they lost to champion LeFlore High of Mobile. Homewood’s boys squad defeated Huffman’s boys to advance to the final where they defeated Muscle Shoals 54-51 to earn its first ever boys basketball state crown. The win was particularly special for Coach Tim Shepler, a current elder statesman of Alabama high school basketball, who guided his fourth squad to the title game since 2004 and earned his first title in a legendary career.

Coincidentally, as the Alabama High School Basketball Tournament was in session, the Southern Intercollegiate Conference Basketball Tournament (SIAC), featuring Birmingham’s own Miles College, was in play at Bill Harris Arena in Five Points West. Initial attendance was low and failed to grow as the week progressed, but players, coaches, cheerleaders, bands, and fans alike were enthusiastic and did not fail to savor the opportunity presented by the tournament. Several of the games we watched were very entertaining and highly competitive. Stillman College of Tuscaloosa won the overall tournament and is the reigning SIAC Tournament Basketball Champions for 2016.

For those of you not interested in sports, on Thursday night a music release party was held at Steel City Lounge for actor/singer Keith Robinson, where he performed his new single entitled “Love Somebody”, among other songs on his debut album. Robinson is best known for his portrayal of C.C. White in the film adaption of the Broadway musical Dreamgirls, which starred Beyonce Knowles, Eddie Murphy, Jennifer Hudson and Jamie Foxx among others. The music and atmosphere were nothing less than electric, and attendance was ideal. In addition to Mr. Robinson, Mrs. Sharron Collins and the HOT 107.7 crew entertained the crowd with music and radio personalities including DJ Chocolate.

Also, on Thursday night Rickey Smiley held his karaoke night at the Merianda Lounge. Many of the cast of characters of his Rickey Smiley Morning Show were in attendance for the event, including The Brat, the first ever female solo rapper to achieve Platinum sales. 95.7 JAMZ was a dominant presence as well, with entertainment and laughs that never stopped between the DJs, radio personalities, and Smiley. The event was a big success, something different for the Magic City and was well needed. The crowd and the host were all great. Hopefully, Mr. Smiley will schedule another Karaoke night soon. Bravo Rickey!

After all the running for event coverage we did during the week, we decided to take a break on Saturday to rest and eat at The 12th Annual Chili Cook-Off at Brookwood Village Mall. Some of the proceeds from the event were used to assist special needs individuals. There were a ton of sponsors at the event vying to win the prize for the best chili. We tasted several different recipes, and all were really good. Some had a little more spice than meat and vice versa. Based on what we tasted, the meat made all the difference. Al in all, this was a great tasting event.

Magic City Radar was pleased to have attended these fun and exciting events, and we’re just as pleased to bring you coverage in review. We look forward to a Spring filled with more excitement, and we promise to bring you alerts of upcoming events and reviews of all the entertainment magic that Birmingham will offer. 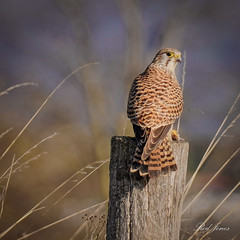