Alabama State and Alabama A&M choirs were in the Magic City tonight performing at Sardis Baptist Church. Over the last couple of years, the choirs performance has become a regular occurrence and much anticipated event. MCR has followed this event for the  last couple of years and witnessed it grow tremendously in attendance. Tonight’s crowd was the largest we have seen at this event. This is a definite indication of that the Alabama State and Alabama A&M Choirs performance has become an added main attraction event for Magic City Classic fans. Hats off to the both choirs for tonight’s presentation.

Due to uncontrollable circumstances, MCR was only able to capture Alabama States Choir performance. We look forward to supporting both choirs during next year’s event. 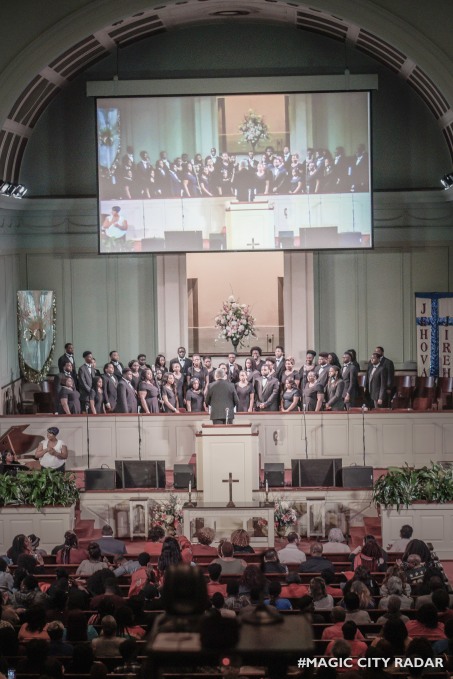