From time to time Magic City Radar will shine a spotlight on Alabama talent on the rise. This week’s spotlight is on DJ Acoff.

Magic City Radar asked: “How did you get your start in the business”?

DJ Acoff answered: “While attending Alabama State University, I used a financial aid refund check to buy DJ equipment, including turn tables, and threw a party. The turnout was such that I felt I could make a living doing it, and I began throwing parties at other colleges around the state. As a result, I still do it today.

Magic City Radar asked: “What are your upcoming projects”?

DJ Acoff answered: “I have several events in the month of October, including an event at Club Skyy, UNA’s homecoming, and an event at the Souhside Music Hall. I was just named the “face” of Livello Men’s Clothing, and I landed a speaking role in an upcoming movie”. 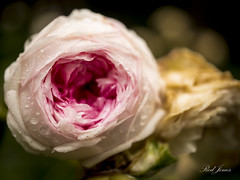